Transborder processes are playing an increasingly important role in the economic development in many countries and regions of the global world driven by large-scale interventionism. Multiple examples of international and regional cooperation prove that development of the regions located close to the countries’ borderlines cannot be explained using theoretical approaches, analytical methods and statistical tools of “traditional” macroeconomics and regional economics. Moreover, the facts of globalization, liberalization of international trade, technological cooperation and political initiatives, common research and infrastructural project have given rise to a new type of economic system, i.e. transborder economy, in many parts of the world.

Unconstrained by the administratively imposed borders, the diffusion of social and economic processes between countries is extensive; they in turn become a key determinant for economic development in the neighbouring areas of countries that have liberalized their residents’ mobility across the borders. These processes of liberalization have advanced in many regions of the world, especially in Europe and the Americas. Furthermore, even the regions with strict formal border control have frequently developed and allowed some degree of economic freedom with regard to e.g. tourism, trade of goods, labour market, use of infrastructure, and development of environmental projects for the sake of the local economies and residents on the both sides of the border.

In this context, in many parts of the world, the idea of a national economy as an economic and social system seems outdated. Macroeconomics and official statistics, however, appear to underrate this fact both in theoretical considerations, methodological researches and empirical analyses. The lack of understanding of the fact may lead to erroneous macroeconomic decisions of governments. The price of these political errors caused by theoretical, methodological and empirical gaps is paid by all of us – individuals, households, and entrepreneurs operating in transborder environment. Hence, we can observe a rising number of contributions defining transborder economies as specific socio-economic systems have elaborated; they aim at development of theoretical foundations of transborder economics, elucidation of its methodological approaches and statistical analysis, examination of its historical and cultural environment and background simultaneously revealing a vast diversity of issues for current and prospective empirical studies.

In the light of the rising interest in the above concerns there is a need to create an open forum for scientists and practitioners involved in research and pragmatics of transborder economies. Filling in the gap on the editorial market, the international journal of TRANSBORDER ECONOMICS aims to provide a forum for discussion for all scientists and practitioners who are keen to observe the significance of transborder economies, complexity of the processes and diversity of transborder issues. The journal is open for all authors who are willing to contribute to the development of this new economic discipline.

Welcome on the board of TRANSBORDER ECONOMICS!!! 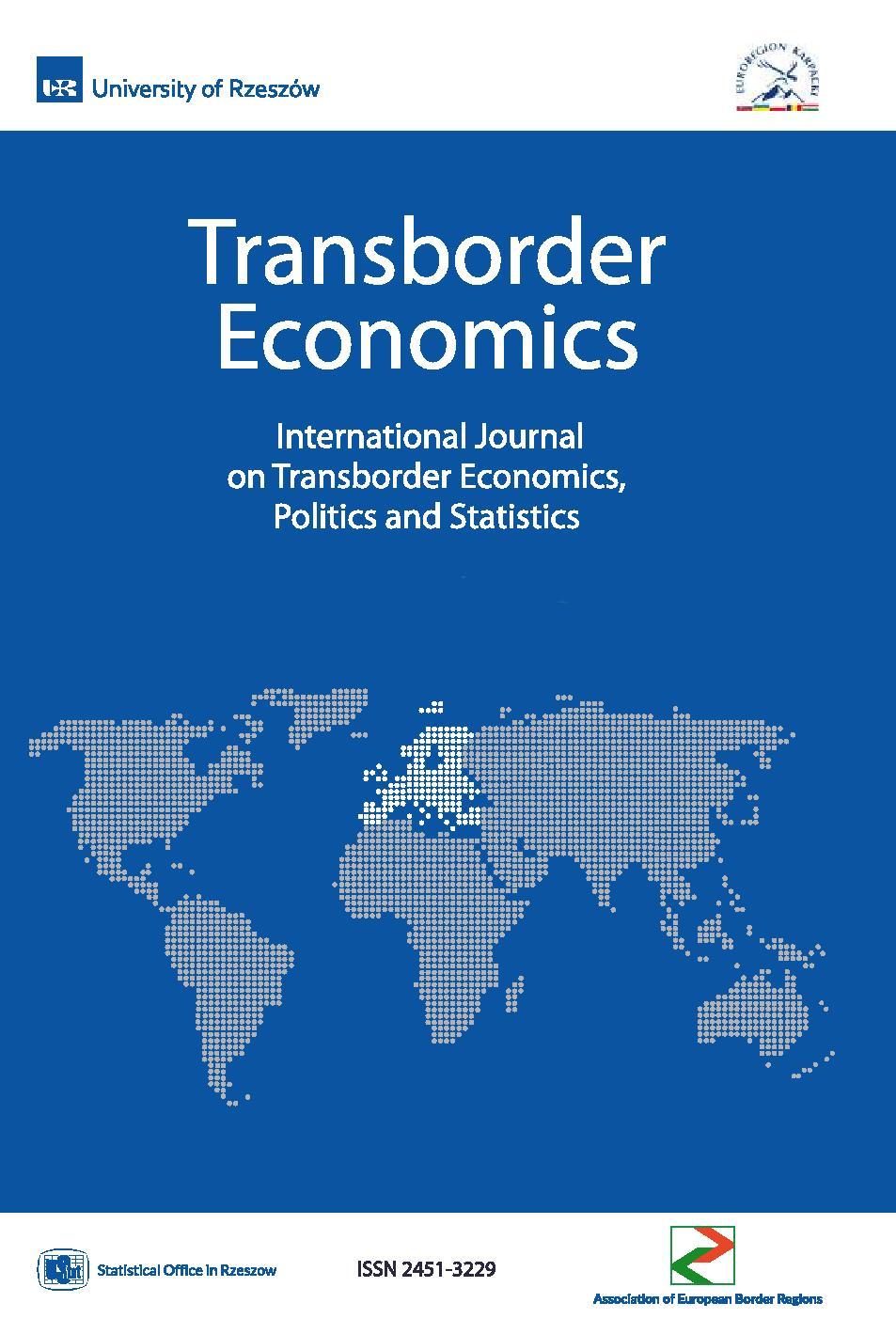