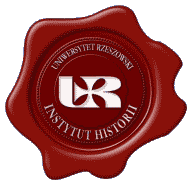 Head of the Institute
dr hab. Andrzej Bonusiak, prof. UR

The Institute comprises the following Units:

Reaserch Office and Library of the Institute of History

The history of the Institute

The beginnings of the historical studies at the Pedagogical University date back to 1973/74 when regular and part-time studies were organized, which coincided with the foundation of the Independent History Unit on 1 October 1974. At the beginning, it employed 4 full-time and 3 part-time staff members. Since the academic year 1974/75, the part-time studies were moved to Przemyśl. Considerable efforts to employ new scientific personnel and to expand didactic facilities bore fruit in 1977/78 when an MA programme in historical studies was started.

A real breakthrough in organising historical studies in Rzeszów came with the transformation of the Independent History Unit into the Chair of History in 1981/82 and then into the Institute of History, in the 1982/83 academic school year.

The late 1980s showed an intensive growth in the number of the Institute's staff. In 1990, it employed 14 professors, 11 doctors and 11 people with MA diplomas. Simultaneously, the institute has improved its material and scientific-didactic facilities and developed co-operation with other academic centres in Poland and abroad.

In 1991, efforts were made to obtain the right to award doctoral degrees in history, which was crowned with success in 1993. The Faculty of Sociology and History was granted full rights in 1999. Since that time it has had the right to award Post-Doctoral Degrees (dr hab.) in history.

Main areas of research:
politics, religion and economy of Ancient Greece and Rome
political, economical, cultural and ethnic relations in Central-Eastern Europe in the 14th-18th centuries
economic, cultural and ethnic changes in the 18th-19th Poland in comparison with other Central-Eastern European countries
Poland and the neighboring countries in the 20th century against the historical background of Central and Eastern Europe
historical sources
research into the history of the Church in Poland and Europe, as well as Ecclesiastical hagiography
histography of the 19th and 20th centuries and its methodological problems
modern didactics of history and its methodological foundations
cultural and social relations at the Polish-Russian (Ukrainian)- Slovakian ethnic boarder

The introduction of the European Credit Transfer System allows our students to complete a part of the course of their studies at other universities in Poland and abroad.

We use cookies as part of the Site. By using the Site without changing your cookie settings, you consent to the storage or use of cookies. Polityka prywatności